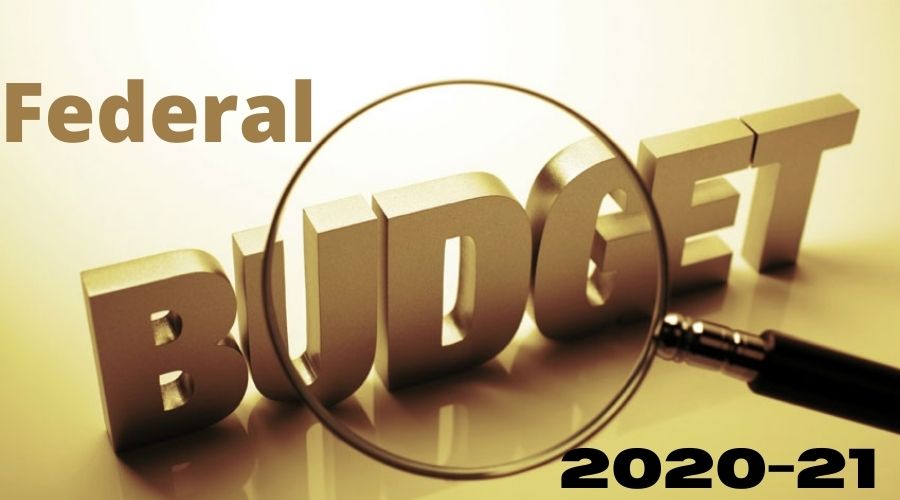 On October 6th, 2020, the Federal Budget 2020-21 was handed down which was delayed from usual time of May. The legislation has been introduced to present effect to the number of measures related to the tax declared on the budget night.

Some of the proposed changes in tax space involve:

This rule is proposed to be modified like that a company which is incorporated offshore can be treated as Australian tax resident if it has any possible economic connection to Australia. The test will get satisfied if:

It means to alter the application of the current central management and control the test for company residency by creating a higher threshold rather than pursuing a business in Australia.

The authorities have declared that the alterations will be made to assure that the capital gain will not conclude from the creation, termination, or variation of formal written granny flat arrangement. It includes granting of a right to relative to live with the taxpayer in exchange of the payments.

The grating of that right triggers CGT implications under CGT event D1 and is not possible to implement main residence exemption or general CGT discount to capital gains that arise under CGT event D1. Moreover, the market value substitution rules could conclude to capital gains under current rules. It is unclear till this stage that how the authorities will notice the issues related to tax that could arise in relation to these arrangements.

The authorities have announced details of high-level in the budget related to the JobMaker hiring credit scheme. The bill that enables JobMaker has been introduced in the parliament but not has been passed. Moreover, treasury has released an exposure draft of the rules for consultation.

This bill enables JobKeeper has been introduced into the Parliament and referred to the Senate Economics Legislation Committee. Likewise the JobKeeper rules, this bill provides Treasurer, the power to issue a legislative instrument setting out the rules for JobMaker scheme.

The exposure draft highlights the integrity provisions in which the employee headcount or payroll has inflated to get access of hiring credit. The consultation gets closed on November 27th, 2020.

It must be noticed that the comments below provide assistance by Government and Treasury; however, the final details could be much different. The eligible employers have an access to JobMaker hiring credit for every new job created over 12 months from October 7th, 2020, for which they hired an eligible employee to claim at maximum period of 12 months from starting date of their employment. For eligibility of a business, following criteria must be met:

The criteria of “additionally” need that there is increase in the:

In order to get the JobMaker Credits, the employers are required to register with ATO to make the claims quarterly, the claims starting from February 2021. The amount of JobMaker hiring Credit will be:

The employers cannot make claim for JobKeeper and JobMaker hiring Credit for any employee at the same time.

DGRs required registering as the charities

The authorities have released the draft legislation that needs non-government deductible gift recipients (DGRs) to get registered as charities with Australian Charities. This requirement is applicable to 41 of the 52 general DGR categories and the amendments could extend the requirements of remaining 11 categories.

To analyze whether the business of the company is still carried on, the following must be analysed:

The ATO makes its confirmation that the company does not fail the same business test as it has got JobKeeper payments.

The ATO has advised that the employers must make the adjustments in the payroll processes and systems to the tax cuts to be reflected in the take-home pay of an employee. The employers must ensure that they withhold the exact amount from salary or wages paid to the employees for any pay runs processed in their system not later than November 16th, 2020.

If the client has an active ABN and are operating the business, they must lodge income tax return in all such scenarios.

If the client still has an active ABN, they don’t need to lodge a return even if there is not at all any business income to report. This seems to be because of ATO’s systems not being enabled to accept a non-lodgement advice when a taxpayer holds an active ABN for any part of the financial year. If any individual stops a business, then it is required to meet all the payment obligations and lodgement before requesting cancellation of ABN. It would not be possible to lodge non-lodgement advice to advise the ATO that the returns in the future are not required, once the ABN has been cancelled.

Land Sold in the Course of an enterprise

The basic condition for a sale of property to be taxable supply is that the sale should be made in the course of an enterprise carried on by taxpayer. To exemplify, the sales of assets must not be subjected to GST if they have been used for private purposes.

In this scenario, the taxpayer was a company which sold some of the properties. The company got registered for GST and had argued that it didn’t stand liable for GST for the sales of the vacant land since they were not made in the course or furtherance of the enterprise.

The properties were vacant lots that were apparently not used for any purpose. The company carried on grazing and rental activities, however, it was accepted that the lots were not used in those activities. It was also noted that the company had not claimed income tax deductions or input tax credits for expenses or depreciation of the properties. The ATO maintained the company’s enterprise was broader and included the acquisition, subdivision and sale of the vacant lots.

The ATO took the position that the company didn’t establish land sales were not made in the course or of rental or grazing enterprise. Therefore, the AAT agreed with ATO and made confirmation that the sales were subjected to GST. The AAT was satisfied that the sales had no connection with rental activities and grazing. The lack of evidence that company needed to prove that the sales were not connected with any enterprise was the critical issue. Some other points were made by the AAT that includes long periods of inactivity and are not inconsistent with the activities being in the form of a business, and the company’s choice to not claim the deductions for the expenses must not alter the position.

SG and Employee vs Contractor

In this case a company which did not make any superannuation Guarantee Contributions for individual on the basis that they were not authentic contractor than an employee.  The individual and the ATO did not agree with this position. The position of ATO was based on the extended definition of an employee for the purposes of Super guarantee; this assures that a person is an employee under Super Guarantee rules which they are working under a contract which is completely for the labour of the person.

The decision set out detail of basic considerations that includes if:

The decision was based on the evidence and the terms of the contract.  According to AAT, even though the employer could exercise some control, this was exercised rarely.

On the contrary, while the contract allowed delegation and also for the worker to undertake work for other parties, this was also not utilised. The position in relation to the worker providing their own equipment pointed slightly more toward an independent contractor relationship. In terms of payment, the worker was not paid a regular wage, and he was not paid for time off. Invoices were provided to the applicant and that were paid in respect of work that was completed. Based on the facts, the AAT considered that the relationship the parties actually established is a hybrid that exhibits some of the features of an employment arrangement and some of the features of an independent contracting relationship. Overall, the AAT concluded that parties were dealing with each other as principals and that the individual was not an employee or deemed employee for SG purposes.

This case emphasizes the benefits to consider the residency of individuals in Australia in the working holiday visas. The ATO indicated that the individuals using these visas must be treated as non-residents; the position relies on the facts of every case.

In this case, the taxpayer entered Australia on working holiday visa having a long-term visa without getting aware of the processing time for such visa. The intention and expectation of taxpayer was that they must be able to alter the arrangement and this will allow them to remain here indefinitely.

To this end the taxpayer sought to establish permanent accommodation and seek more permanent style employment, with the view of becoming a resident. The taxpayer was not able to secure the visa arrangements that they sought and after some months they dropped their plans and then returned to UK. The taxpayer considered that they were tax resident for the time they were in Australia. However, the ATO argued that they remained a resident of UK.

Legislation has been passed providing effect to the basic tax changes declared in 2020-21 Federal Budget, this involves loss carry back rules, immediate expensing rules for the depreciating assets and changes to R&D tax offset.

The new rules allow the companies which has aggregated turnover of less than $5 billion which have loss in 2020 to 2022 income years to carry back the loss and apply it against the taxable income of the company in 2019 to 2021 income years where there is tax liability in earlier years.

These alterations permits businesses with turnover of not more than $5 billion to deduct the cost of eligible depreciating assets that are first held, and used for taxable purposes between 2020 budget time. The businesses are also able to deduct full cost of improvements to these assets and to previous eligible depreciating assets that is made during this period. Foe being eligible, the assets acquired should be:

The assets which are let out on depreciating asset leases do not seem to be excluded from these rules, although the taxpayer would need to be carrying on a business under general principles to access these rules.

Alterations to the R&D tax incentive

Following the latest review of R&D tax incentive, the authorities have declared a range of alterations to the operation of the rules. These will require to be examined in detail for influenced entities, these changes include:

Some of the additional charges have been made with respect to the clawback rules that are related to the situations where the companies recoup some R&D expenditure or get income from the sale of the outcomes of research and development activities.

If you need any assistance related to Federal Budget 2020-2021, Reliable Bookkeeping Services adhere to provide you the foremost and efficient information. Call us now 1300 049 534