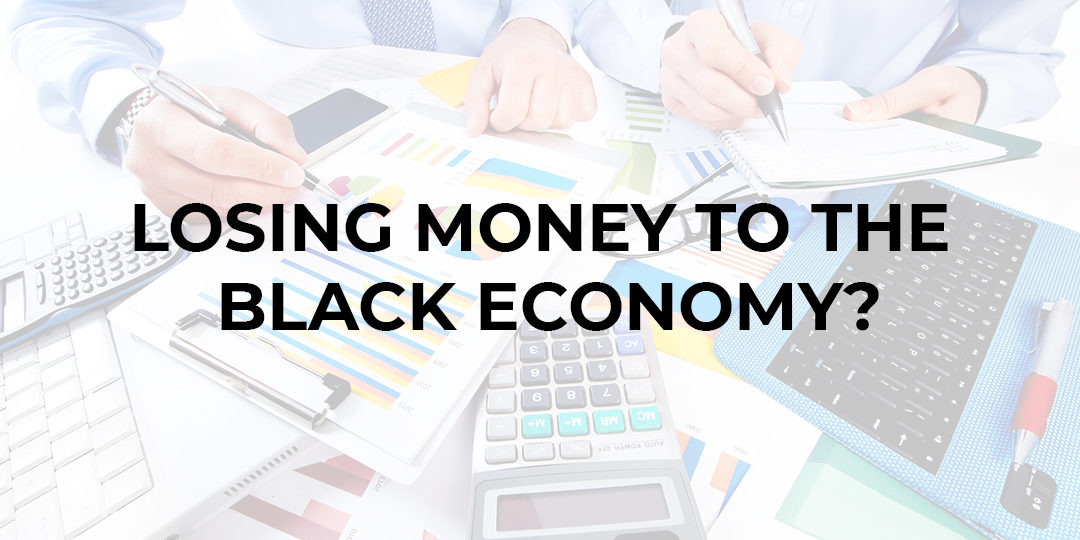 Losing Money to the Black Economy?

Cash payments are quite common, especially in business, but this money considered as the black economy which is the main consideration for the community and the government.

These are the facts which would amuse you:

Black Economy is known by many other names like hidden or shadow economy and simply the meaning is it is the income you have without lawfully paying the taxes to the government. Many things can come under the same which may be under-reporting of the business income, getting done the cash in hand payments, drug dealing, unregulated gambling or illicit tobacco.

The Australian Black Economy Taskforce was made in September 2017, and the motive of the same is to keep an eye to the hidden economy. The Taskforce get done the analysis of the business income which is not reported, or for gambling, tobacco, drugs, and the counterfeit goods along with making underpayment wages of the most vulnerable workers, money laundering, that makes the hidden economy increased which is valued equal to the $50 billion in just 2015-16

Many researchers in the year 2018 done at Victoria University of Wellington concluded that individuals who are self-employed usually made a 20% report to the gross income to the Inland Revenue. This becomes a loss of around NZ$850 million every year.

Actually, it is not a crime if you would use the cash for your business, but this way tracking of the money is not possible and tax forbidden would become easy. This directly impacts the economy of the country and the tax revenue. When the cash payments are done, then there are no records for the same, the chances of exploitation of the coworkers would go higher because they are not paid for award wages or having no superannuation or other protections as well.

Industry Super Australia said in May 2019 that around 2.85 million Australians have not done super entitlements of A$5.94 in 2016-17 financial year.

Mainly, the sectors which came with high chances of the “off the record books” are building, cleaners, couriers and food business people.

New Zealand and Australia are countries that are playing their part to crack down the black economy. Now, from January 2020, in Australia cash payments to the business are restricted to the A$10,000. Also, the more restricted rules are introduced for contractors at the time of making payments, Also electronic sales suppression tools are there to keep a check to the black money.

The black money in the economy has not just affected the taxes, but ultimately this leaves a negative impact on the economy of the country. Basically, the growth of the country affects if the taxpayers are not making loyal payments.

Shadow economy as a percentage of GDP 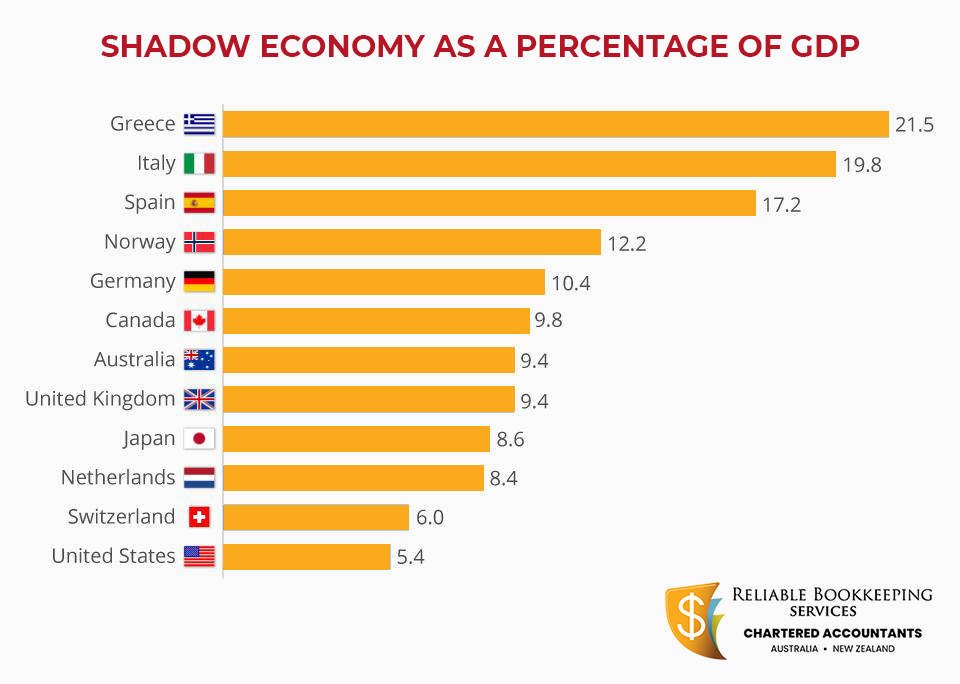